I feel like I say this a lot but this month definitely went fast. I actually thought I wouldn't have that many new favourites since March but i've actually tried some new things which i've been loving. This month i've gone back to having overnight oats, which I plan on sharing the recipe of, as well as trying out a few new lunch ideas. 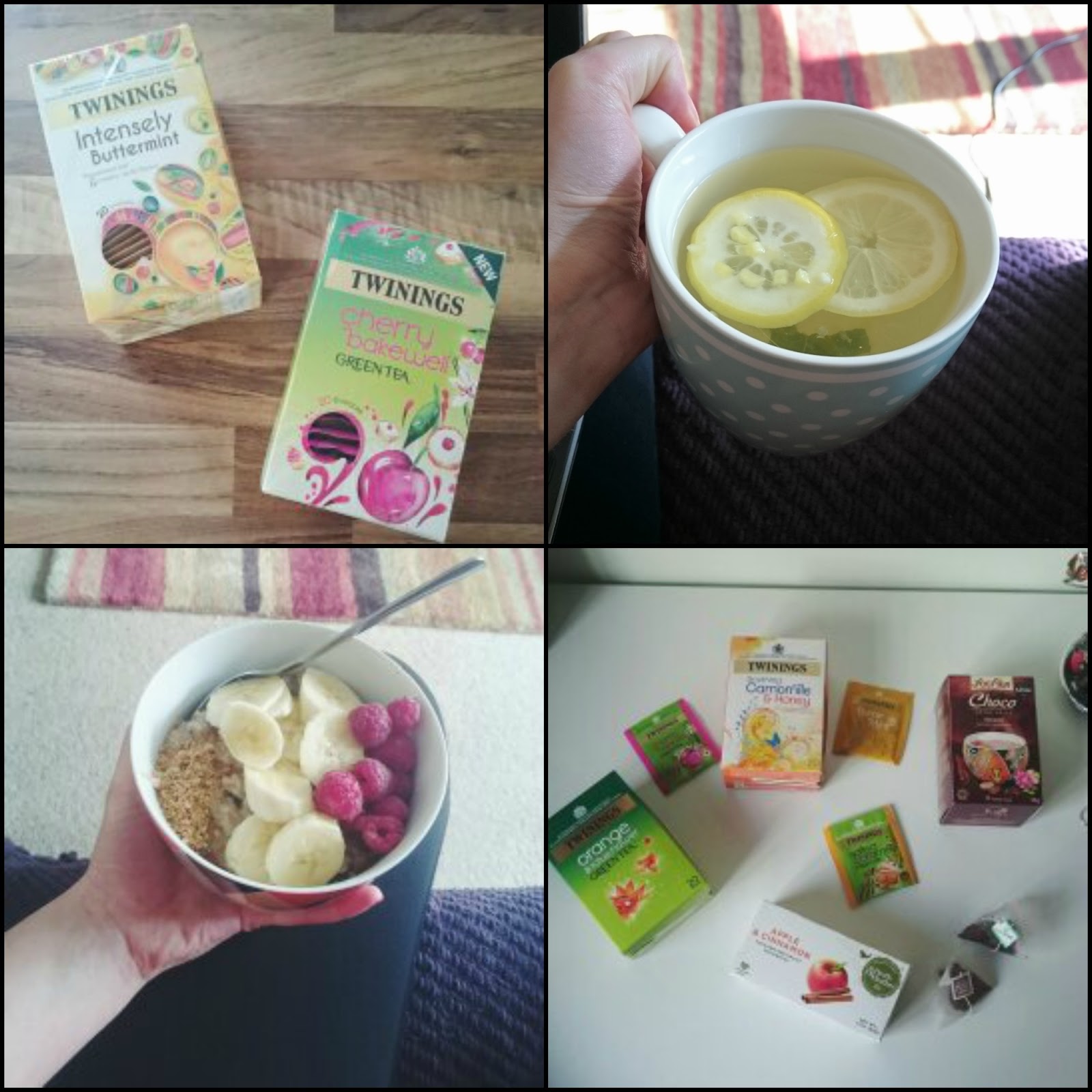 BREAKFAST AND DRINKS:
As I mentioned now that it's a little warmer i've been having overnight oats more but I did make some super tasty warm oats with mashed banana, blueberries and topped it with more banana, raspberries and linseed. For drinks i'm still loving tea. I actually did a post on my favourite teas this month. A new standout has been the Twinings Intensely Buttermint which tastes like Murray Mints, it's so good. 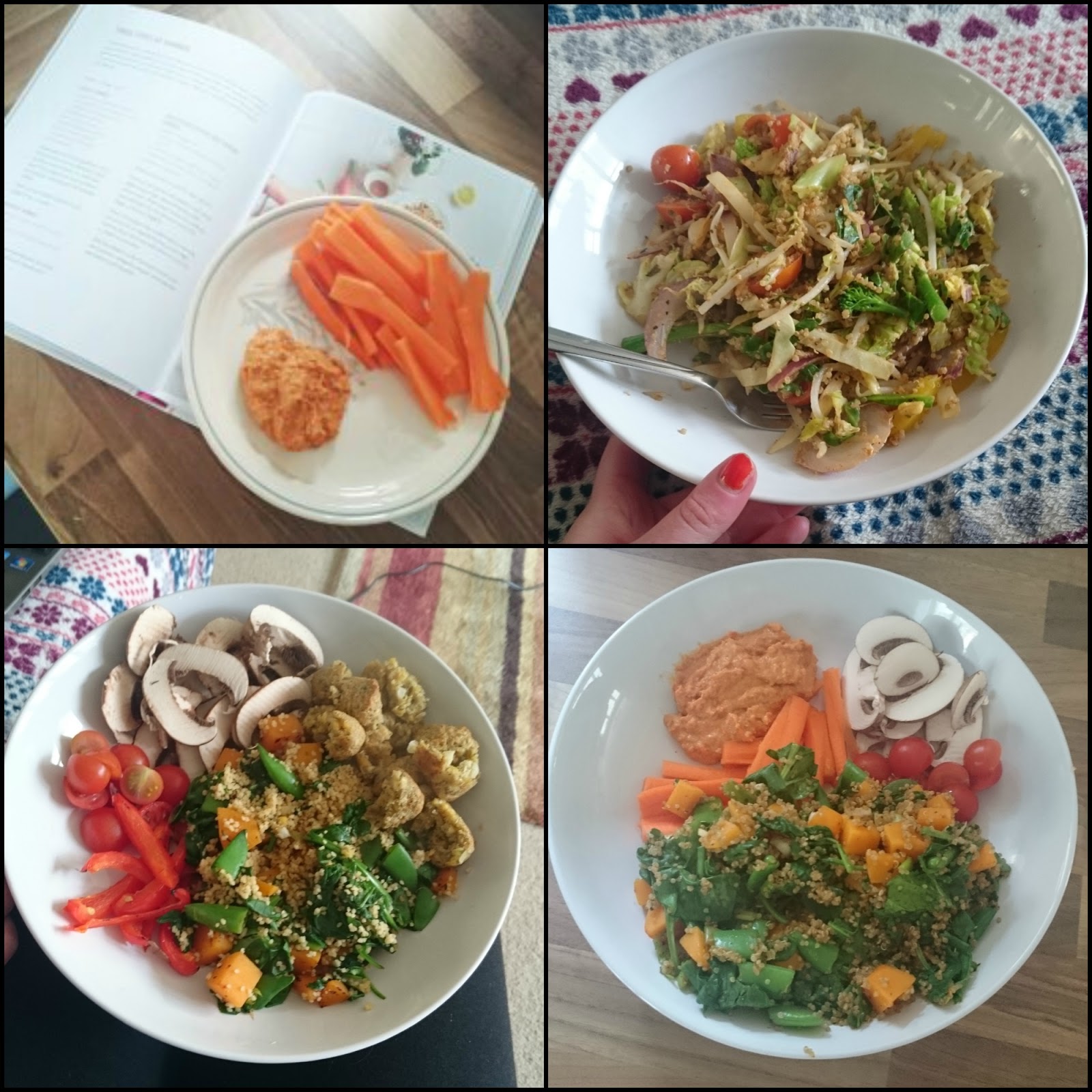 LUNCH:
I've been loving making veggie bowls this month. I've been doing them with falafel, chopped mushrooms, tomatoes, roasted peppers then doing some spinach and vegetables with cous cous or quinoa in a pan with some seasonings. This is so tasty and really filling. To mix it up I made some roasted pepper houmous from the Deliciously Ella cookbook and had it with that or as a snack in the afternoon with some carrot sticks. Near to the end of the month I started making a lot more stir fry's. I just buy the stir fry vegetable mix and add some more vegetables and either quinoa or cous cous instead of noodles then I make my own sauce with tahini, soy sauces, garlic powder and mixed herbs. This is so quick and light and is definitely a new favourite lunch of mine. 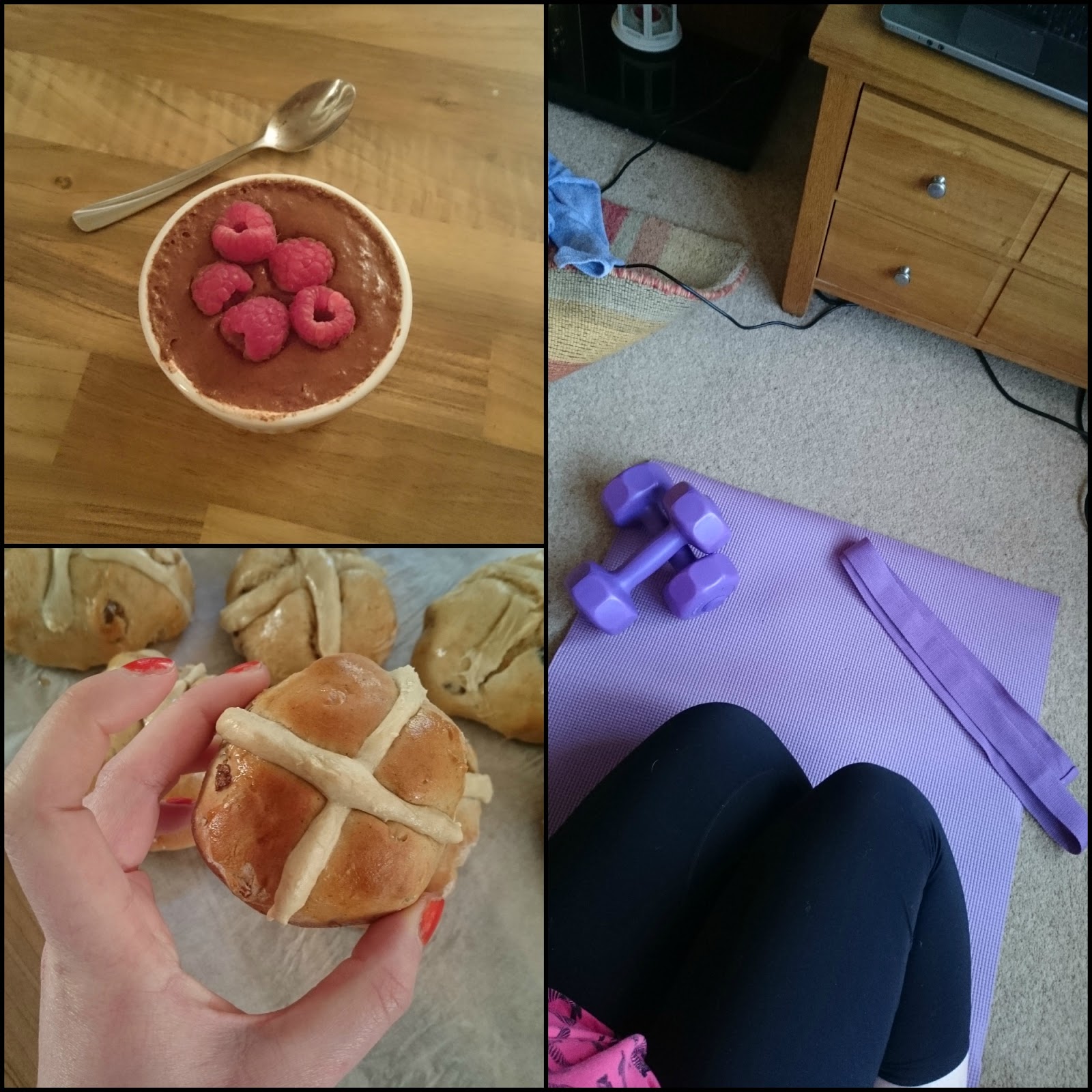 SWEET TREATS AND YOGA:
I haven't had much time to do as much baking as I would have liked. I've had batches of energy balls in the fridge as normal. Since it was Easter I made some 'healthy' hot cross buns. These were a huge hit in my house and they only lasted a couple of days! I would definitely recommend giving the recipe a go. I made a tasty chocolate chia seed pudding which was so tasty and a nice healthy treat to have in the evening. I also made an amazing crumble which was so good I forgot to get a picture of it! I've still been working out about 5 times a week and doing a lot more walking. Do go with this i've gone back to doing some yoga as I was feeling a bit achy. I've been doing 10-15 minutes after my workout as a cool down and it's really been helping.