I said to myself that I wasn't going to treat myself to anything until I had finished my Christmas shopping. Of course this rule was broken when my Dad offered to take me to the York Designer Outlet which has a CCO. For those who don't know a CCO is where they sell branded cosmetics cheaper. The one I go to is under the Estee Laurder name and they have MAC, Clinique, Origins, Estee Laurder, Bobbi Brown etc there. I thought I would share with you what I picked up! 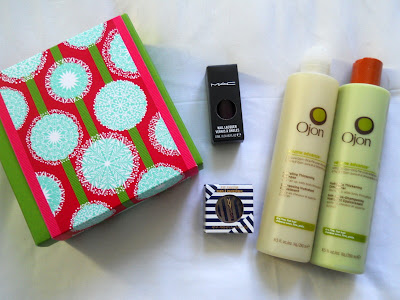 Whenever I make a trip I go straight to the MAC section, they have a mix of products from old collections as well as the normal range. Some of the colours are a little odd; bright green eyeshadow anyone!? but I have found some hidden gems a few times. One of them being MAC Hue lipstick. 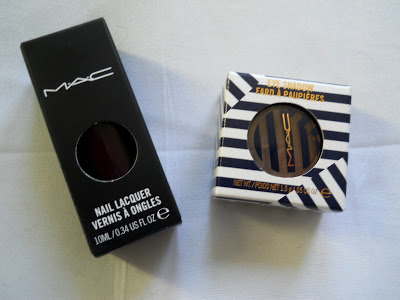 The first thing I got was a nail polish, I have never tried MAC nail polishes and I couldn;t resist this shade. It's called Blueblood and is a lovely vampy deep purple, I got it for £7 which I thought was a good price. The next thing I got was an eyeshadow from the Hello Sailor collection; the colour is called Jaunty which is a beautiful shimmery goldy silver taupe colour. It is the perfect neutral shade and I can't stop wearing it! I paid £8.75 for it. 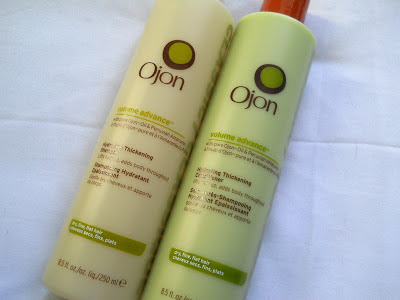 I've been wanting to try Ojon for a while now and they had lots of products to choose from. I went for the Volume Advance range for fine hair. I got both the shampoo and conditioner for £16.25 which I thought was really good, expect a review on these soon! 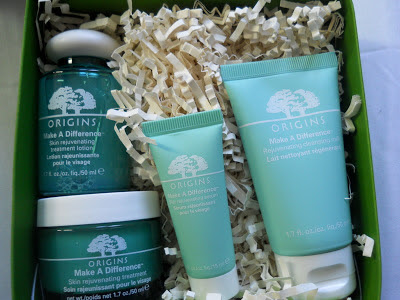 
So that's all I bought recently, I will definitely not be spending anymore for a while until after Christmas!

What have you treated yourself to recently?