Some how this months empties seems to be a bit heavy in the bath and bodycare department. I did have a clear out in my bathroom this month so I found some products that needed using up. 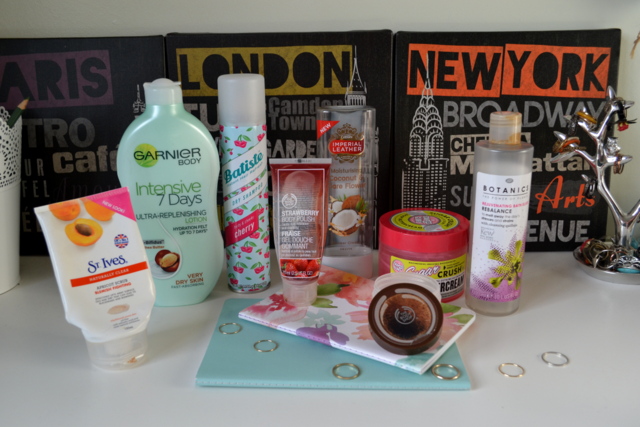 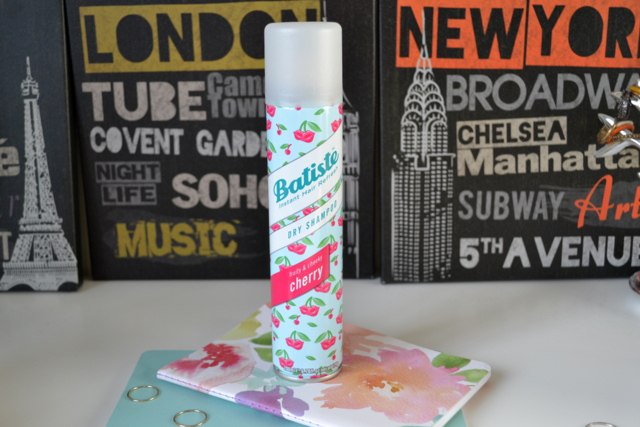 HAIRCARE:
Batiste Cherry Dry Shampoo - Starting with the only haircare product and of course it is dry shampoo. I went for the cherry scent instead of my usual tropical and it was nice, worked pretty much the same but I think tropical is definitely still my favourite. Repurchase? No. 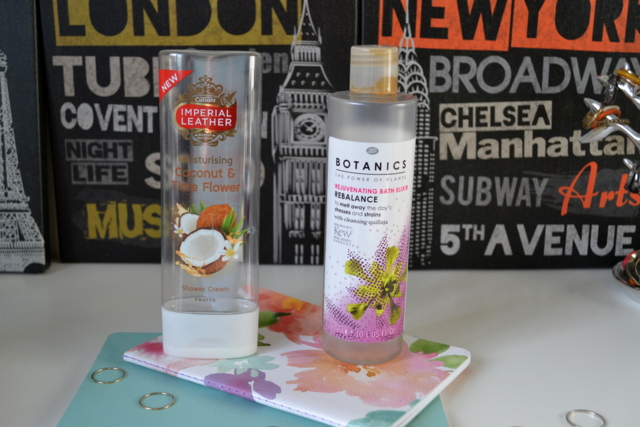 BATH & SHOWER:
Imperial Leather Coconut & Tiare Flower - I picked this up because it was on offer and I was really surprised how nice it was. It has a true coconut scent, is creamy and this small-ish bottle actually lasted a decent amount of time. Repurchase? Yes.
Botanics Rebalance Rejuvenating Bath Elixir - This is one of the most luxurious, affordable bubble baths i've found and I would use it ever Winter as it has such a warming, calming scent. Sadly, i'm pretty sure it's been discontinued and this was my last bottle. I am now going to be on the hunt to see if I can find something similar. Repurchase? No. 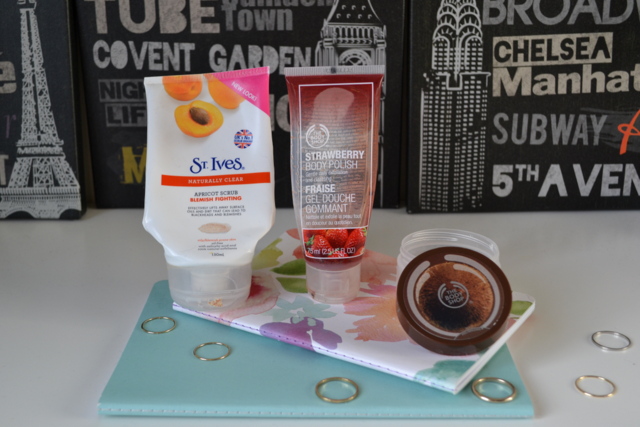 SCRUBS:
St Ives Apricot Blemish Fighting Scrub - I've definitely had this for a while since I used to use this on my face. I did find it helped with breakouts however it is too harsh for my skin now. I did end up using it more on my body and I found it worked well at getting rid of any little bumps on my shoulders and chest. Repurchase? No.
The Body Shop Strawberry Body Polish - This smelt just like strawberry jam which was nice when used during an early morning shower. The scrub parts were like seeds which I didn't find exfoliated that well. It would be good if you have sensitive skin, however for me it was more like a shower gel with bits in. Repurchase? No.
The Body Shop Coconut Cream Body Scrub - I love coconut and this smelt so amazing. It was a cream that actually exfoliated really well. This travel pot lasted well since you only need a small amount. The formula also was more moisturising that other scrubs I have used in the past. Repurchase? Yes. 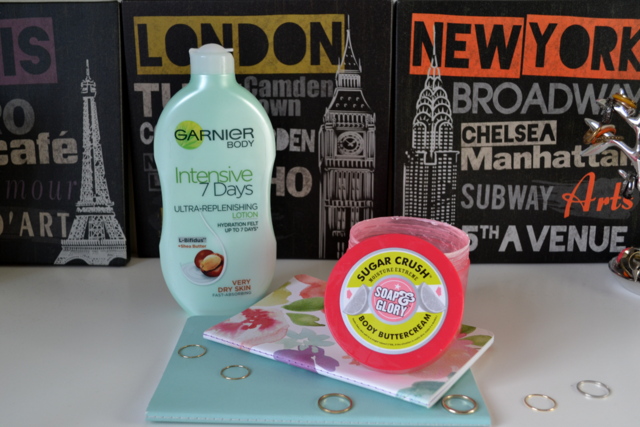 MOISTURISER:
Garnier Intensive 7 Days Shea Butter Lotion - I used to talk about these moisturisers a lot I think this was the last bottle I had in my stash. I love them because they feel light on the skin and sink in quickly, whilst still being moisturising. This scent is really lovely as well. Repurchase? Yes.
Soap & Glory Sugar Crush Body Buttercream - Speaking of good scents this smells like sugar and lime and almost reminds me of a mojito. The cream itself has an almost whipped texture which feels really moisturising. I ended up liking this a lot more than I thought I would as it worked really well at moisturising my legs especially. Repurchase? Yes.

So those are this months beauty empites. Next month should be a bit more of a mix bag with a few shampoos for good measure since a lot seem to be running out at the same time. Have you used up any of your favourite beauty products this month?
Posted by Unknown at 09:00