I feel like I say this every year but 2014 was a really good year for music. A lot of artist I love came out with new release which i've listened to a lot and there's a few debut albums that have blown me away for good measure. 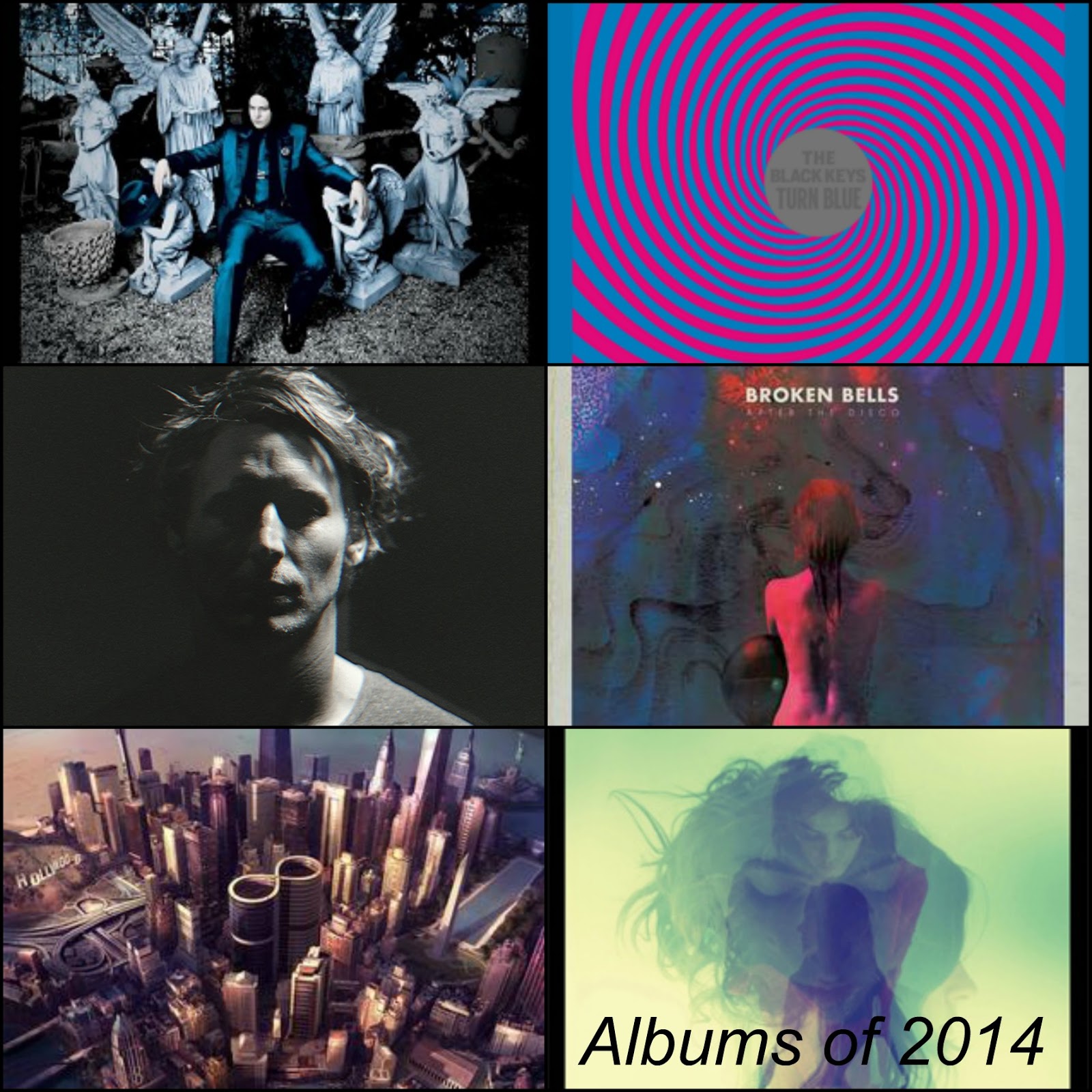 10. First Aid Kit - Stay Gold
I love the debut from these Swedish sister a couple of years ago and I was excited to see what they would do next. Stay Gold still has that folky feel from the first album which I love. The lyrics are great as is the music, I think it's a great second album and I can't wait to see them keep progressing.
Best Tracks - My Silver Linning, Shattered & Hollow.
9. Josh Record - Pillars
I first found out about Josh Record through FunForLouis' vlogs and love his voice and sound. His debut came out this year and features songs from his past EP and some new ones for good measure. If you like Ben Howard or songs about love you will love this album. Josh has a great, unique voice and he's lyrics are really good.
Best Tracks - Bed of Thorns, Wide Awake, Finally.
8. Royal Blood - Royal Blood
It's been a while it feels since a great British rock album came out so this release from Royal Blood was definitely needed. They're a two piece who create amazing, catching classic rock songs. I'm going to see them next year when they open for Foo Fighters and i've heard they're definitely one to see live.
Best Tracks - Come On Over, Figure It Out, Little Monster.
7. Ed Sheeran - x
It's definitely taken me a while to come round to Ed Sheeran but this album has sold it for me. Ever song is catchy and has amazing, personal lyrics. I'm glad he waited a few years to put out his second album as it feels very polished and well put together, the amount of copies it's sold proves that i'm not the only one who has been loving it.
Best Tracks - Don't, Thinking Out Loud, Shirtsleeves.
6. The Black Keys - Turn Blue
The last few albums from The Black Keys have been very successful so there seems to be some pressure every time they release something new. Personally, I think they've done very well with this album. It has that same feels as their previous albums, yet feels new. The lyrics are the best thing about this album as they feel the most personal. I don't think it's their best album but it is still one of my favourite releases of the year.
Best Tracks - Weight Of Love, Fever, Bullet In The Brain.
5. Broken Bells - After The Disco
I still feel not enough people are listening to Broken Bells are they are one of my favourite, new project in recent years. I played the first album so much and was happy to see that this second album is even better. It has a real 80's feel which I love, the lyrics are great as is the music.
Best Tracks - Perfect World, Holding On For Life, Control.
4. Jack White - Lazaretto
If Jack White is involved with a project i'm probably going to like it. I thought he's first solo album was a great difference from his previous projects where as this one feels like a great mix of everything he's done yet still feels new. The songs are very catchy and uplifting with a few slower songs for good measure.
Best Tracks - Temporary Ground, Would You Fight For My Love? Lazaretto.
3. Ben Howard - I Forget Where We Were
Ben Howard's debut album was one of my favourite album of the past 5 years and I was patiently waiting to see what he did next. I was definitely happy to hear that he went and did something new. This album feels very unique and personal. I was blown away after the first listen and still am whenever I hear it. I can't wait to see him live next year to see how the songs are live.
Best Track - I Forget Where We Were, Time Is Dancing, Conrad.
2. Warpaint - Warpaint
I love everything about Warpaint as they're an all girl band and they're so skilled and just great to see live. I knew before this came out I was probably going to like it and it was even better than I expected. The thing I love about this is that it just flows so well, you put it on and it almost seems like one long song. Definitely worth checking out if you like chilled out music.
Best Tracks - Love Is To Die, Feeling Alright, Drive.
1. Foo Fighters - Sonic Highways
I think this album has become my favourite of the year because of the TV show and story that came with it. Each song was recorded in different cities across America and they lyrics are made up from stories told by the people there. It sounds like a classic Foo Fighters record but with a more interesting back story. After watching the show you can hear where they got certain sounds and lyrics from.
Best Tracks - Something From Nothing, Outside, I Am A River.


So those have been my favourite albums of the year. Some extra mentions would be Brody Dalle and Paolo Nutini which I also loved but wanted to keep the list at 10. What have been your favourite albums this year?
Posted by Unknown at 10:00

Email ThisBlogThis!Share to TwitterShare to FacebookShare to Pinterest
Labels: 2014, Albums of the Year, Lifestyle, Music