I thought it was about time I did another chatty update post since I hadn't done one since January! Since then we've moved house and i'm now in my last full month of University which feels slightly crazy that it will all be over soon. We've also booked our holiday for this year, we're going to Stockholm for a few days at the beginning of June which i'm very much looking forward to as i've fallen in love with Sweden recently and can't wait to visit. 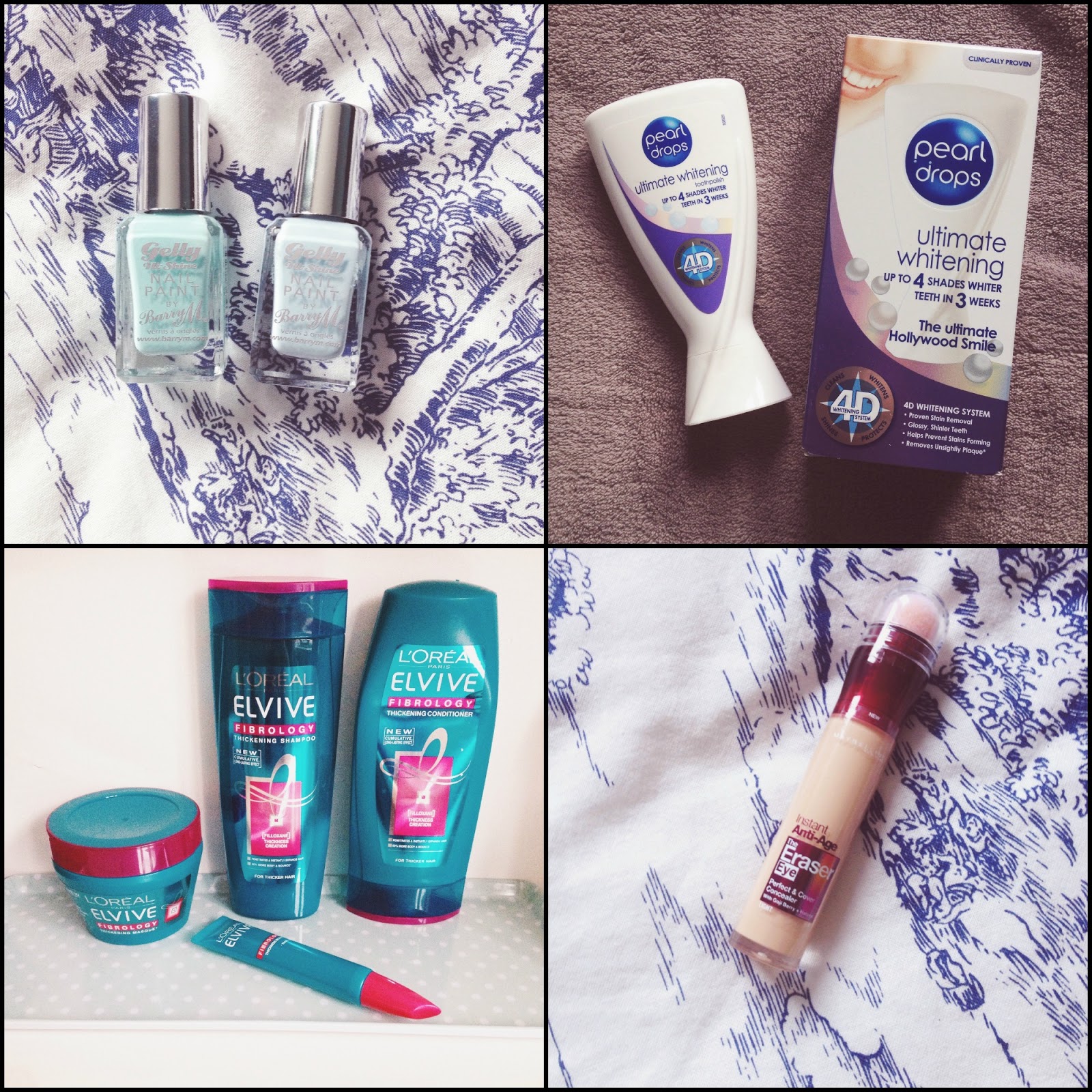 I've made a few new beauty purchases recently, an exciting one being the new pastel shades of the Barry M Gelly Hi Shine polishes, i've been looking for these for a few weeks but they've always been out of stock! I'm still loving the L'oreal Fibrology range, I have everything but the serum now which no doubt I will be picking up. A bit of a random one, Pearl Drops Ultimate Whitening toothpaste, i've always been curious about whitening products so thought I would give this a try since it was on offer in Boots. A new concealer favourite is the Maybelline Eraser Eye, this has really surprised me as it has good coverage, brightens underneath the eyes yet looks natural. 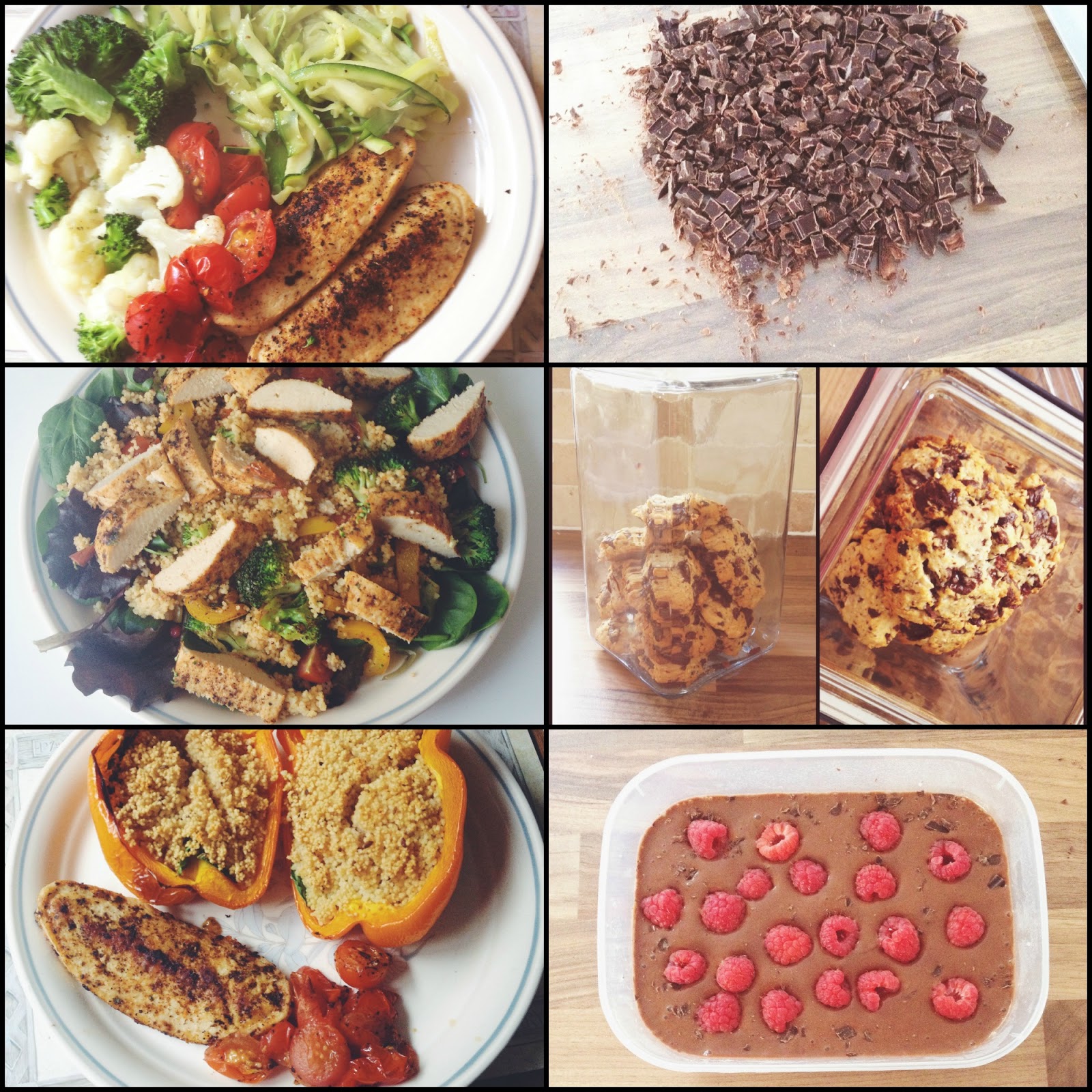 I've been cooking a lot more, our new kitchen is a lot easier to move around in which has inspired me. I've been trying to do healthy things. I've been loving the Quorn chicken style fillets, they're really easy to cook and go with a lot of things. I tried to make courgette spaghetti this week, it turned out pretty well and I think it's a great way to have extra veg in a meal. I've also been doing stuffed peppers with cous cous and spinach, so tasty and really filling. I discovered a great cookie recipe in the Super Healthy Snacks and Treats book, I use dark chocolate to make the chips since it's better for you, I actually prefer it. The last thing I made was 'healthy' ice-cream using bananas, this was nice, still needs a few tweaks, but I think this will be great to make in the Summer. 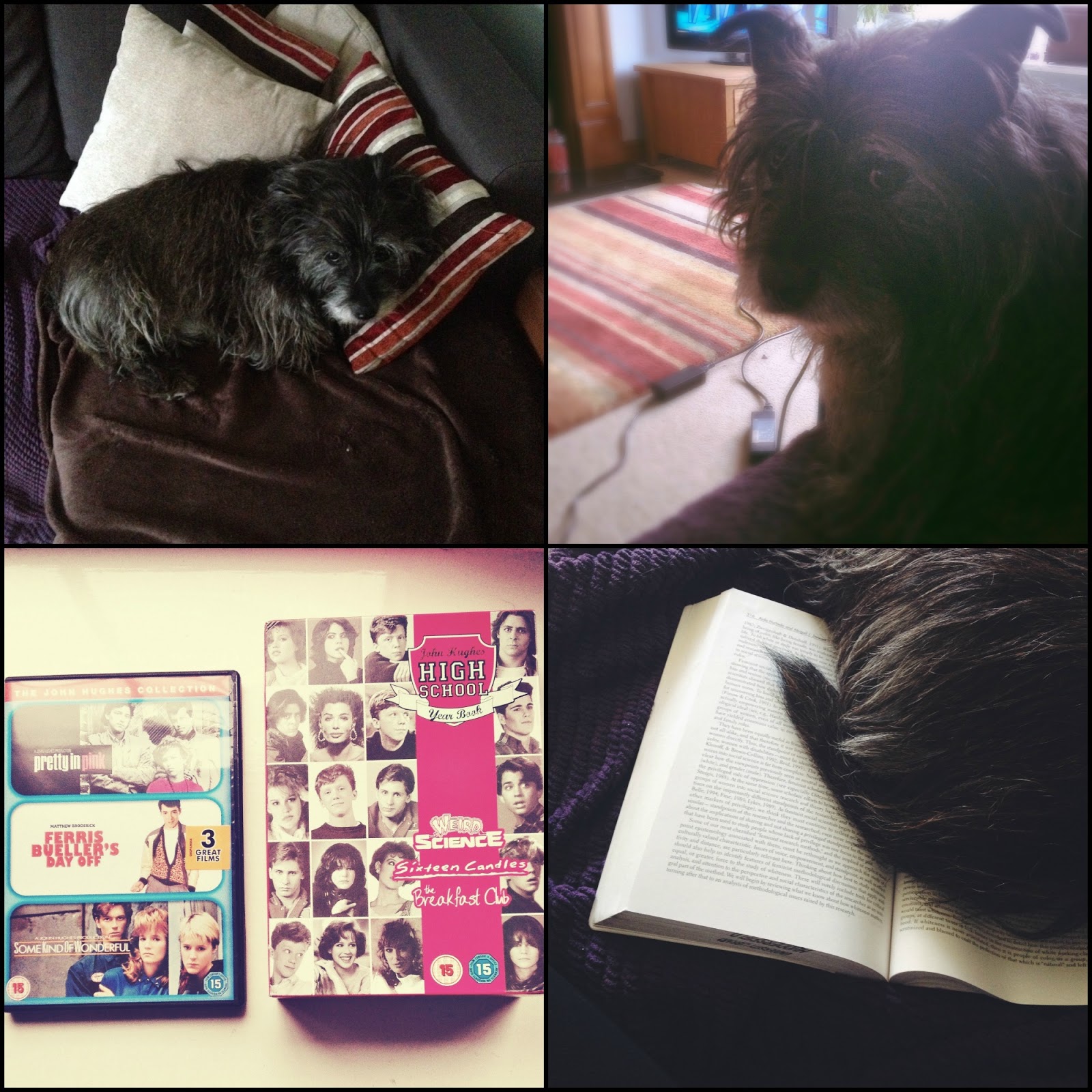 Rufus has very much taken to our new house, the downstairs is open plan so he can move around a lot easier now. He loved sleeping on the sofa (hence the covers) and is a bit of a cushion hog. He also thought it would be helpful if he sat on one of my books so I wouldn't lose my page whilst I was writing an essay. Finally I treated myself to some John Hughes boxsets which I will power through as soon as i've finished all my Uni work!

MUSIC:
So i've been listening to The Black Keys a lot lately, the release of their new song Fever got me listening to them again, i'm so excited for their new album now. Someone else who i'm excited for releasing their album this month is Brody Dalle, her song Don't Mess With Me is my go to song to make me feel badass. I love everything about the woman, she makes awesome music and is married to Josh Homme! Most nights i've been listening to London Grammar as I find their music so relaxing.

TV:
I've been obsessed with Chris Lilley recently, i've watch Angry Boys and Summer Heights High so much lately. I'm kind of in love with Mr G and find myself singing songs from his musical all the time. If you haven't checked out Chris Lilley before, do it, he is hilarious and crazy talented. I've been watching the new season of Hannibal, i've loved ever episode so far and the show is so well done, from the cast, to the music and it is such a good looking show.


So that's the week (or so) in pictures. If you've been to Stockholm and have any recommendations of what to do let me know. If anyone would like food related posts let me know as well, it is something i've been considering to do once i've finished at Uni. What have you guys been up to lately?
Posted by Unknown at 10:00

Email ThisBlogThis!Share to TwitterShare to FacebookShare to Pinterest
Labels: Update, Week In Pictures