Today I thought I would take a break from all things beauty related and share with you my favourite albums of the year. I think 2013 has been a really good year for music, lots of great debut albums, narrowing it down to 10 was kind of hard so there might be a few honorable mentions at the end. 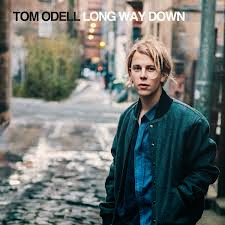 There seems to be a lot of great young talents coming out recently and Tom Odell is definitely one of them. I think my favourite thing about this album is Tom's voice and the lyrics it sounds a lot more mature than you would expect. This just sounds like a well put together album and a great debut.
Stand out tracks - Another Love, I Know, Till I Lost.
9. The Strokes - Comedown Machine. 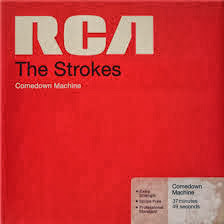 The album was a bit of a weird release, no interview, no promo pictures or tour. All that put aside I think this was a great effort from The Strokes. It is probably not there best but I do enjoy is that they keep changing as a band yet still sound like The Strokes. This album has a bit of an 80's feel to it which I love and I hope The Strokes keep creating new music.
Stand out tracks - Welcome To Japan, 50/50, Chances.
8. Bastille - Bad Blood. 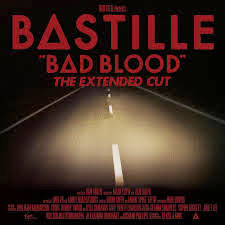 Bastille have had a pretty great year and this album has some really good songs on it. I really enjoy the lyrics on this albums, and the almost orchestral feel to certain songs. A great easy listening album from a great new British band.
Stand out tracks - Bad Blood, Laura Palmer, The Silence.
7. London Grammar - If You Wait. 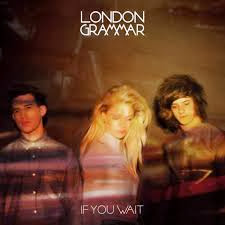 London Gramar are a trio which I can see going on to great things. The stand out of the whole album is definitely lead singer, Hannah's vocals. She has an incredible voice as well as her lyrics being great. There's a great relaxed feel to this album and certain songs on the album build really well.
Stand out tracks - Wasting My Young Years, Nightcall, Metal & Dust.
6. Foals - Holy Fire. 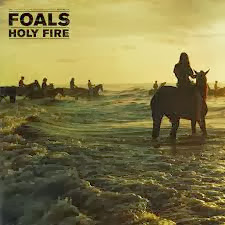 Foals are one of those bands i've been meaning to check out for a while and after hearing good things about their latest offering I thought I would check it out. The opening of this album is so good, the best songs are definitely at the start but the final song Moon is a great, chilled album closer.
Stand out tracks - Prelude, My Number, Bad Habit.
5. Haim - Days Are Gone. 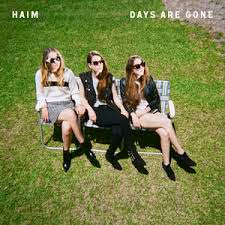 I'm always glad to see more women making there way into the music industry, especially when they can rock out just as well as the men like these girls can. It took me a while to come around to the hype around Haim but after giving this album a good listen I got it. Each song on the album is great, there's no fillers here. It just good, easy listening with each of the sisters having great voices.
Stand out tracks - Forever, Days Are Gone, Running If You Call My Name.
4. The 1975 - The1975. 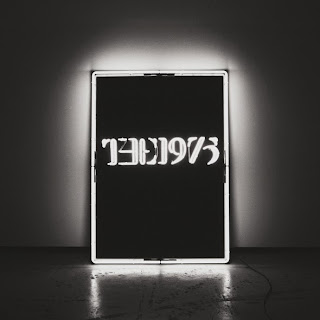 Another great debut album, The 1975 have been a band for nearly 10 years and have had a pretty amazing year in 2013. The deluxe version includes the 4 EP's the released throughout the year before the release of their debut. If you're a fan of rock music with a pop twist to it you will love this. There such a good mix of songs on hear, this band is definitely one to watch.
Stand out tracks - Sex, Menswear, You.
3. The Neighbourhood - I Love You. 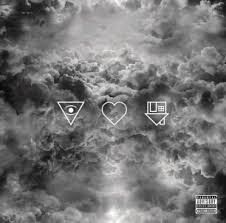 The way I discover The 1975 was actually through them supporting this band in the US. The Neighbourhood mix so many different genres together to create some great music. All of the members are in their early 20's yet the music sounds mature. I love the whole black and white theme with this band as it really adds to the music.
Stand out tracks - Sweater Weather, Alleyways.
2. Arctic Monkeys - AM. 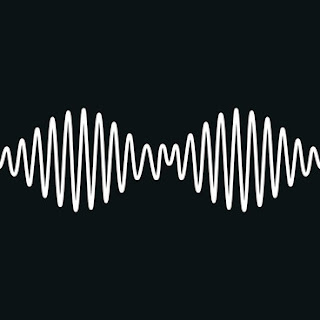 This one was only just beaten as being my favourite album of the year. I personally think Arctic Monkeys get better with every album. AM is so easy to listen to in one go, each song flows so well. Alex's lyrics are on top form as always and it is just pretty darn perfect.
Stand out tracks - Arabella, Why'd You Only Call Me When You're High?, I Wanna Be Yours. 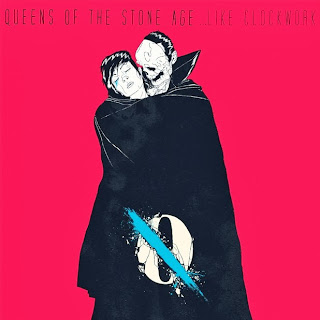 The minute I heard this album I knew it would be my favourite album of the year, it's a bit of a masterpiece. It had been 6 years since their last year, it that time members did other projects, Josh died during surgery for a few minutes, they lost a drummer and Josh had a baby (well his awesome wife Brody did!). All of these really seem to have influenced heavy on this album. The lyrics on this are pretty dark, there's some really deep slow songs and them some classic rock songs. This album is just flawless and the songs sounds even better live.
Stand out tracks - I Sat By The Ocean, Fairweather Friends, If I Had A Tail.

Honorarable Mentions -
Thirty Seconds To Mars - Love, Lust, Faith and Dreams.
Albert Hammond Jr - AHJ.
Jake Bugg - Shanri La.
So those have been my favourite albums of 2013. I can already see 2014 shaping up to being a good year for music with two bands I love, Warpaint and Broken Bells both coming out with new albums at the beginning of the year. What has been your favourite album of 2013?
Posted by Unknown at 10:00

Email ThisBlogThis!Share to TwitterShare to FacebookShare to Pinterest
Labels: 2013, Albums of the Year