On Monday 14th November 2011 at Manchester MEN Arena I finally got to see my favourite band, it was a long time waiting but definitely worth it! Beware this may be a very picture heavy post because whenever I try to talk about it I get pretty speachless! Firstly I could get over how good seats we had, we were sat in block 114 row E seats 19 & 20, we were pratically sat on the floor, here's a picture :) 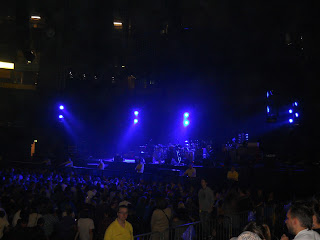 The support act was a band called Fool's Gold who I really like, i've been listening to their new album a lot lately. They were really easy to watch and got the whole crowd dancing. 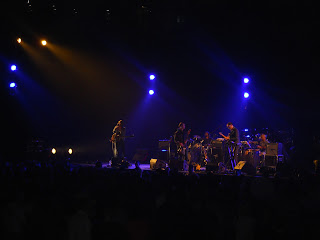 Josh (guitarist for RHCP) even came on to play a song with them which was really good, I got a few pictures of it but this one is my favourite. Everly (Anthony's son) was even sat at the side of the stage dancing along to the music which was so cute!


We had to wait about half an hour for them to get the stage ready for RHCP which was alright since we were seated. Their set was amazing, the sound was incredible you could hear everything perfectly. They played a good mix of new and old songs. Basically it was one of the best nights of my life and the best gig I have ever been to! Here's the setlist and some of mt favourite pictures :)
Setlist: 1,Monarchy of Roses. 2, Dani California. 3,Charlie. 4,Look Around. 5,Otherside. 6,If You Have To Ask. 7,Can't Stop. 8,The Adventures of Raindance Maggie. 9,Blood Sugar Sex Magik. 10,Me & My Friends. 11,Factory of Faith. 12,Under The Bridge. 13,Higher Ground. 14,Californication. 15,By The Way. ENCORE. 16,Chad & Mauro Jam. 17,Sir Psycho Sexy. 18,They're Red Hot. 19,Everybody Knows This Is Nowhere (Neil Young Cover) 20,Give It Away. 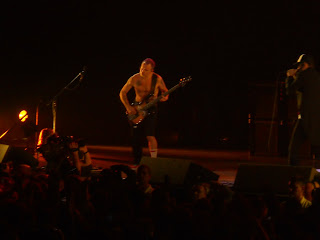 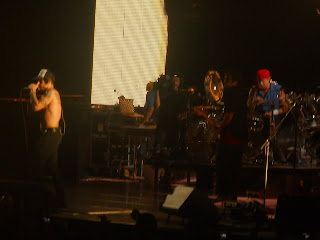 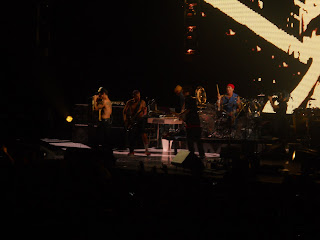 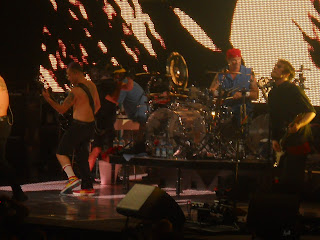 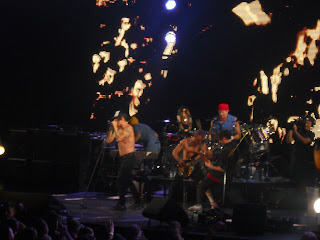 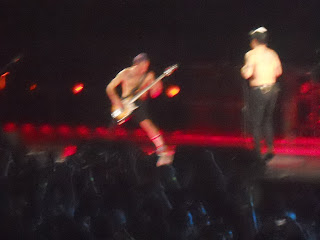 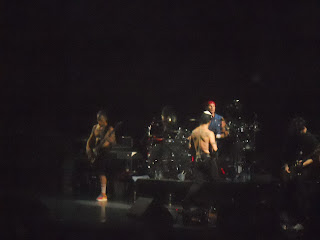