So as the title says this post is about Gym Class Heroes! I've been a fan of the band for a while now, i used to listen to them a lot in High School and i can definitely say that their music has gotten me through some tough times. Even though i wouldn't say they are my favourite band anymore, because my tastes have changed a lot as i've gotten older i couldn't say no when i found out that they were going to be playing in the UK. So Saturday was the night and it was going to be my first gig at The Cockpit in Leeds, which seems strange since i've been to a lot of gigs over the past few years!
So we arrived in Leeds a bit after 5pm and came out of the train station and The Cockpit is pretty much next door, we could see the tour bus and some roadies walking around so decided to go and get some food and a wonder round Leeds for a bit. We went to McDonalds and whilst we were in the queue the guy next to me said to his friend 'Isn't that Travie McCoy?' so i turned round and it was! He was with two burly men, we didn't go outside because he was already on the otherside of the road. After McDonalds we sat on some seats and had a chat and kept an eye out for the rest of the band but no look. Anyway here's a picture of us pre-show. 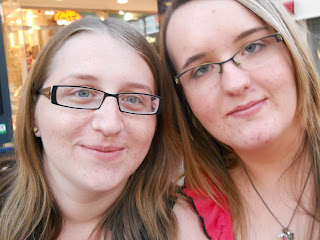 So we got to the venue at 6:30 ish and doors opened at 7 and the queue was pretty short which was good. When we got in the room was almost empty and there was no barrier. We were second row and i had one short girl in front of me then the stage! The first support act was a MC who also played guitar, he was alright but a bit boring. Then we had The Skints who were a reggae band and i enjoyed them. It was very different from any band i'd seen before. 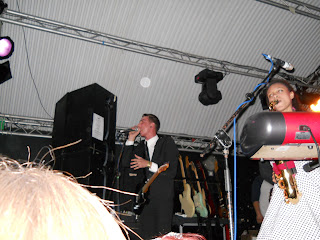 Then Gym Class Heroes came on, Dejesus was there waving is flag as he does and i got an alright picture of it. 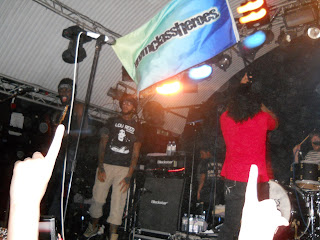 I really enjoyed the set they played a good mix of new and old songs, included two of my favourite old songs Taxi Driver and Papercuts. Travie kept coming really close to the edge of the stage and puting his hand out and everyone was trying to grab on. I was looking enough to hold is hand a few times. It was so hot in there i no doubt look a bit of a mess but that didn't really bother me since i was having a great time! Here and some pictures which i'm pretty pleased with showing how close we were since i didn't even need to zoom in for these! 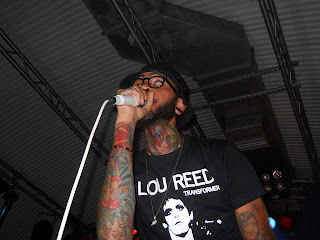 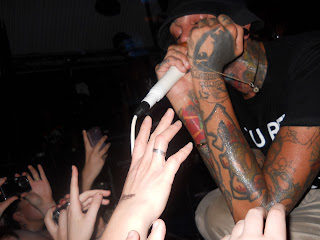 I'm so happy with that picture, i can't get over how good it is! Eric was stood right in front of me and kept smiling when he saw me singing along to pretty much every word. 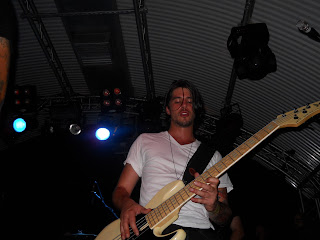 For the encore they did Clothes Off, and half way through Dejesus jump into the crowd twice! On his second jump he was stood right next to me and i got to touch is afro which was pretty cool! All in all it was a great night, the venue was pretty small and the whole crowd was having a really good time. I was happy that i've finally gotten to see them and that they were on form! I took a lot of pictures but didn't want to fill this already very long post with loads of pictures! 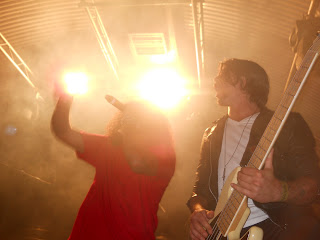